The Double EP: A Sea Of Split Peas 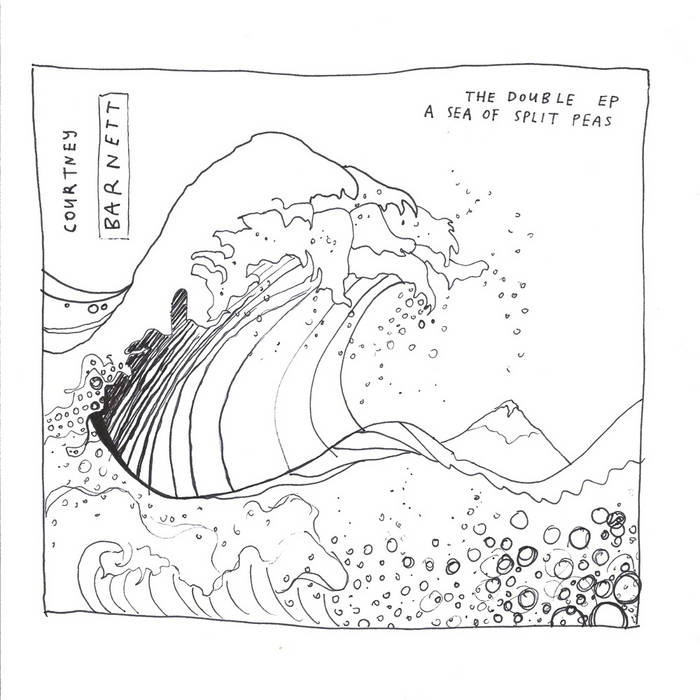 Shawn Grunberger How can you not love a catchy ditty about an asthma attack? Favorite track: Avant Gardener.

Kessler The swirling storytelling of Courtney Barnett is enthralling and so seemingly stream of consciousness that it seems that she is talking directly to you and no one else. Favorite track: Don't Apply Compression Gently.
more...

"The Double EP: A Sea Of Split Peas" is a collection of Courtney Barnett's two EPs "I've Got A Friend Called Emily Ferris" (2012) and "How To Carve A Carrot Into A Rose" (2013) - both those EPs are available individually here milkrecords.bandcamp.com/album/ep1-ive-got-a-friend-called-emily-ferris and here store.milkrecords.com.au/album/ep2-how-to-carve-a-carrot-into-a-rose

How To Carve A Carrot Into A Rose

Courtney Barnett started Milk! Records in 2012 to release her first EP I've Got A Friend Called Emily Ferris. Soon after came the second EP How To Carve A Carrot Into A Rose. She took her band overseas with a condensed back catalogue called The Double EP: A Sea Of Split Peas. In 2015 Barnett released album Sometimes I Sit And Think, And Sometimes I Just Sit to worldwide critical acclaim. ... more

Bandcamp Daily  your guide to the world of Bandcamp

Featuring Oakland sounds from the Smart Bomb collective and Samplelov.